Over half of respondents think the bill should be split on a first date; singles share that they have less disposable income than those in relationships. 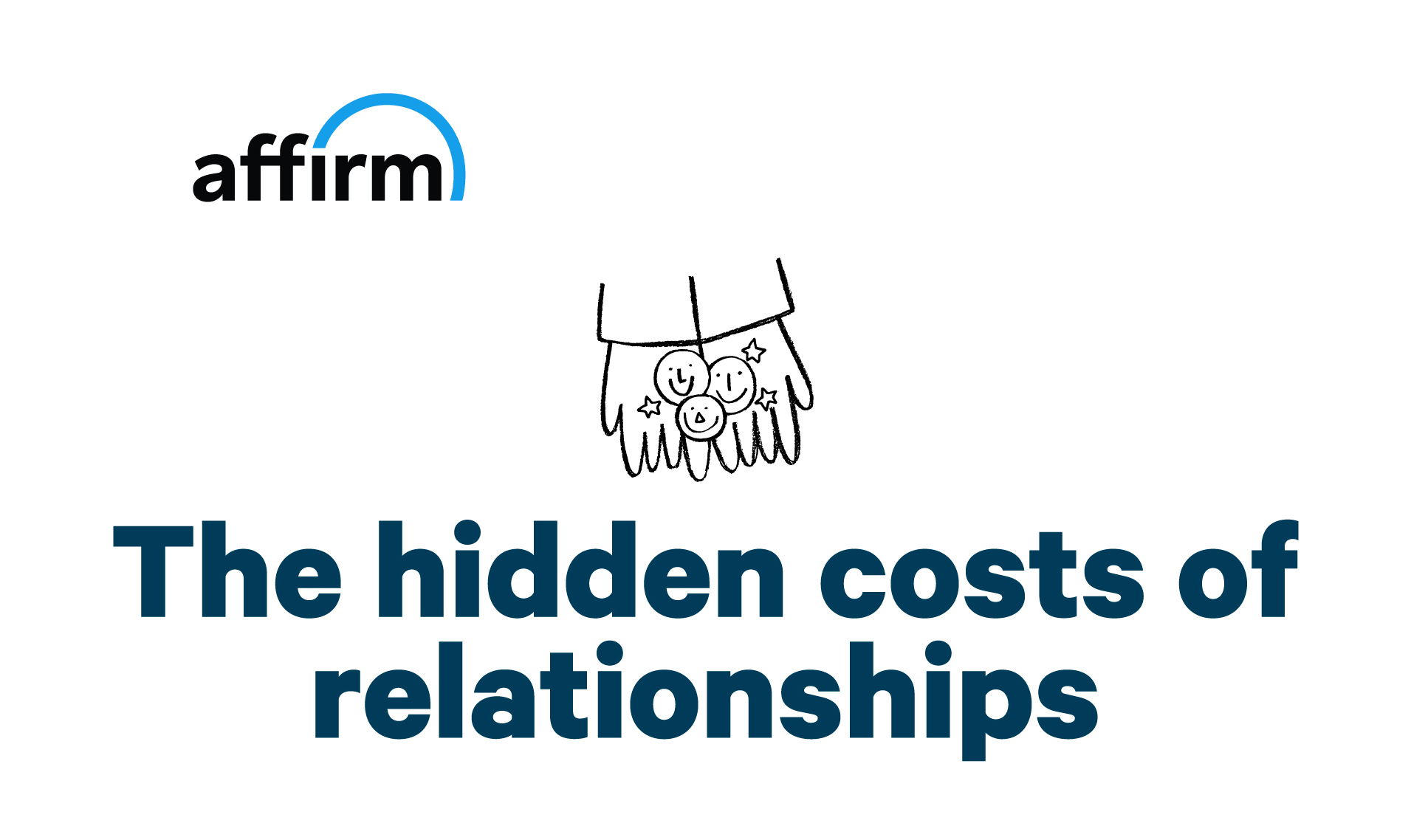 SAN FRANCISCO – February 5, 2021 – Over half of Americans agree that the bill should always be split on a first date, according to new research from Affirm, a more flexible and transparent alternative to credit cards. The study polled 2,000 Americans ahead of Valentine’s Day to explore the unspoken money rules — like the expectations around paying for dates, and costs that typically go unaccounted for like gift giving and lending money — that guide romantic and platonic relationships.

The survey revealed that even when one party insists on paying the bill, 68% expect their date to at least offer to split the tab. Respondents also estimate they have less disposable income when they’re single (66%) versus when they are in a relationship (34%).

“Knowing that Americans are planning to spend a significant amount to make their loved ones feel special this Valentine’s Day, it’s not surprising that more than half (53%) of respondents are interested in using a buy now pay later solution to buy their gifts,” said Silvija Martincevic, Chief Commercial Officer at Affirm. “Affirm provides consumers the ability to pay at their own pace! With no fine print and no late fees, consumers will never pay more than they expect, making this the perfect solution for everyday and special occasion purchases."

The results also uncovered that discussing finances can often be a taboo conversation topic: people wait an average of five months before sharing how much money they make with their partner. But lending money is a different story –nearly three out of five respondents (58%) are comfortable with lending to their friends or partners, but are inclined to lend higher amounts to romantic partners ($96, on average) than friends ($70). However, respondents are more likely to be repaid by friends (91%) than exes (68%).

With Affirm, approved consumers can split the cost of their Valentine’s Day gifts and pay over time, with budget-friendly terms that allow consumers to pay monthly or every other week with no late or hidden fees. Shoppers can explore over 6,500 Affirm merchants for:

About the Survey The online survey was conducted by OnePoll for Affirm in January 2021 with a sample of 2,000 Americans.  Press Contact Brittany Jackson press@affirm.com (650) 398-2715